Can you help us support Dembo? 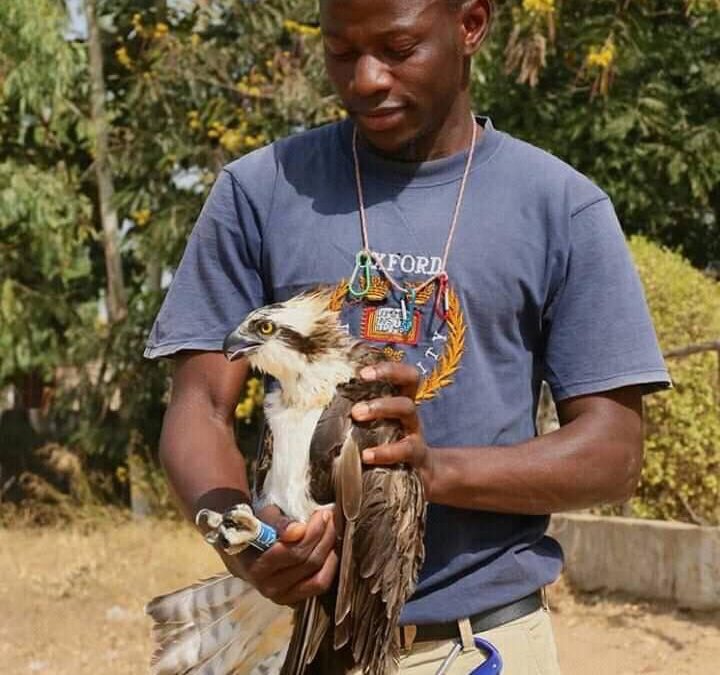 Over the last two years, Dembo Jatta, one of our Stars of the Future from The Gambia has been working as a Research Assistant at Kartong Bird Observatory. As part of this role Dembo has been training to become a qualified bird ringer, and we are delighted that he has now been awarded a British Trust for Ornithology ‘C’ ringing permit. Dembo, and fellow Kartong Bird Observatory Research Assistant, Michael Colley, are the first ever Gambian to achieve this.  Dembo has also been undertaking weekly bird surveys as part of his duties at the bird observatory, which he talks about here. This part of The Gambia is a real hot-spot for wintering Ospreys, and Dembo recorded numerous colour-ringed birds during the winter, including very excitingly, 056. As Ken Davies writes in his wonderful report of the Gambia trip, 056 is a 2019 juvenile male, hatched in Manton Bay, and celebrated as the 150th Rutland chick since the first one in 2001. There really couldn’t have been a more fitting Rutland Osprey for Dembo to have found. 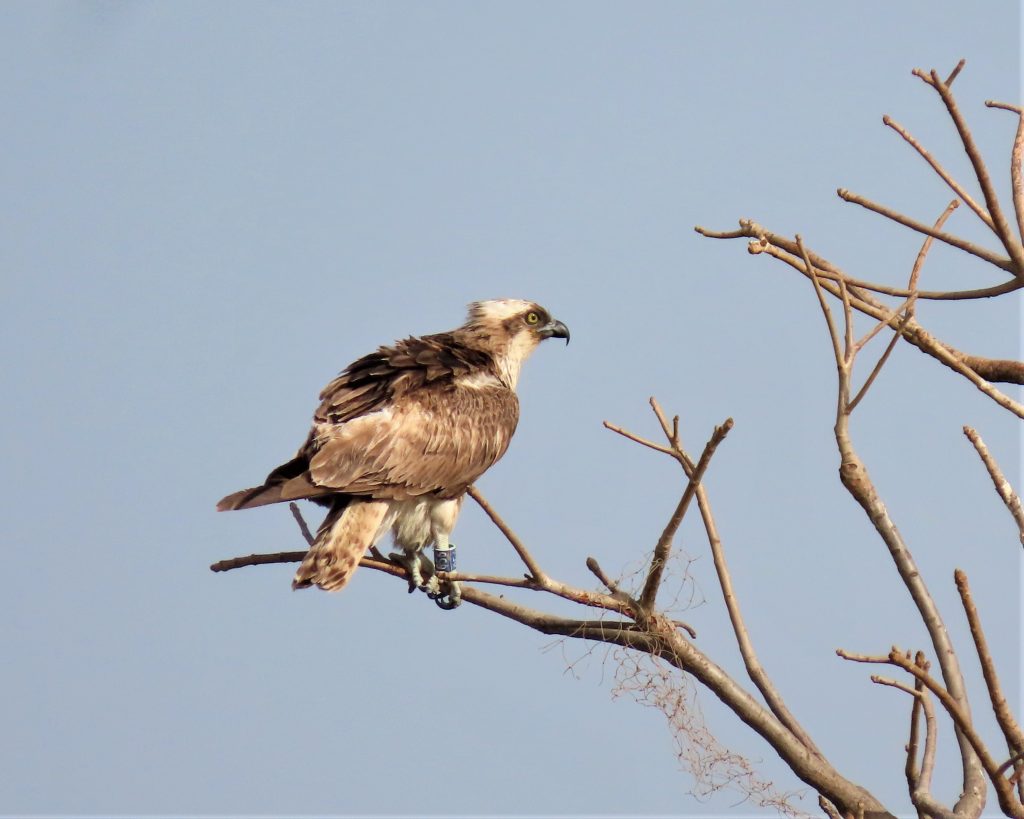 Photo of 056 taken by Dembo

In addition to his duties at KBO, Dembo also re-sat his final year exams in five subjects in September last year. He did very well in these and is now in a position to apply for university.  Dembo’s preferred choice is the BSc in Conservation Biology at the University of Cape Coast in Ghana. This is widely regarded as one of the best courses of its type in Africa, and will equip Dembo very well for further study – potentially a PhD – and, ultimately a career in nature conservation. We have committed to supporting Dembo by making a significant contribution towards his university tuition fees. However, we are not in a position to cover the University of the Cape Coast fees – £3500 per year for three years for overseas students – in their entirety at present. If this is something you think you might be able to help us with, then please do get in touch with Tim (tim@ospreylf.org). We think Dembo is very deserving of our support. 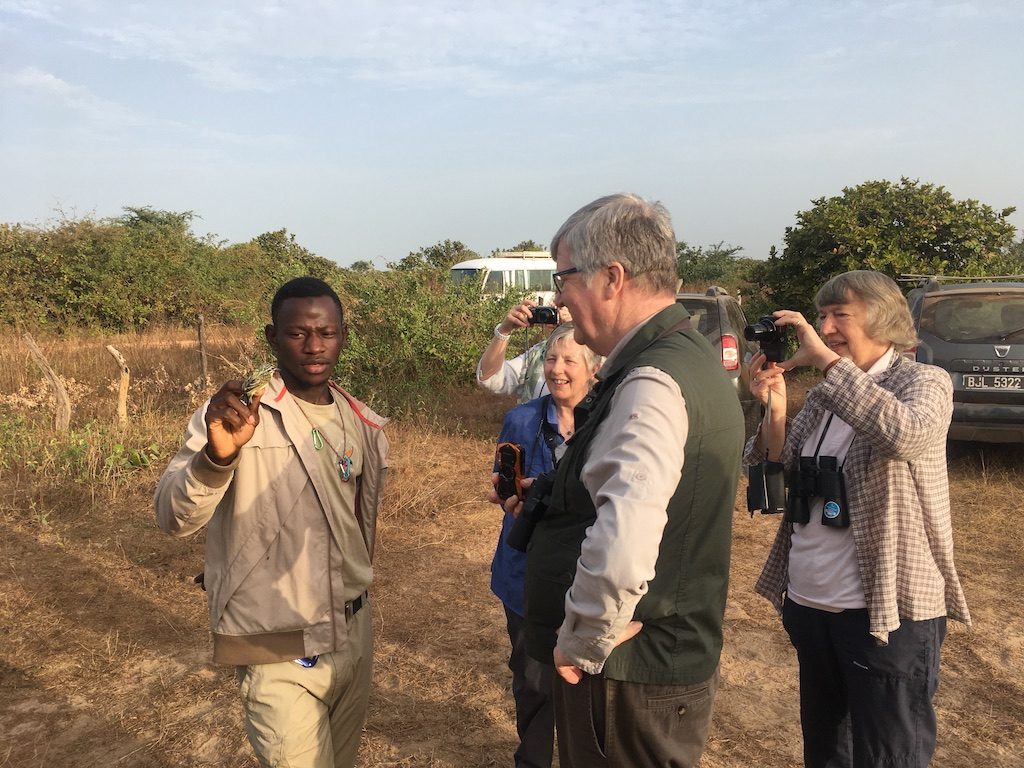 Photo of Dembo during ringing demonstration