Seabird and shorebird surveys at the Kartong Bird Observatory 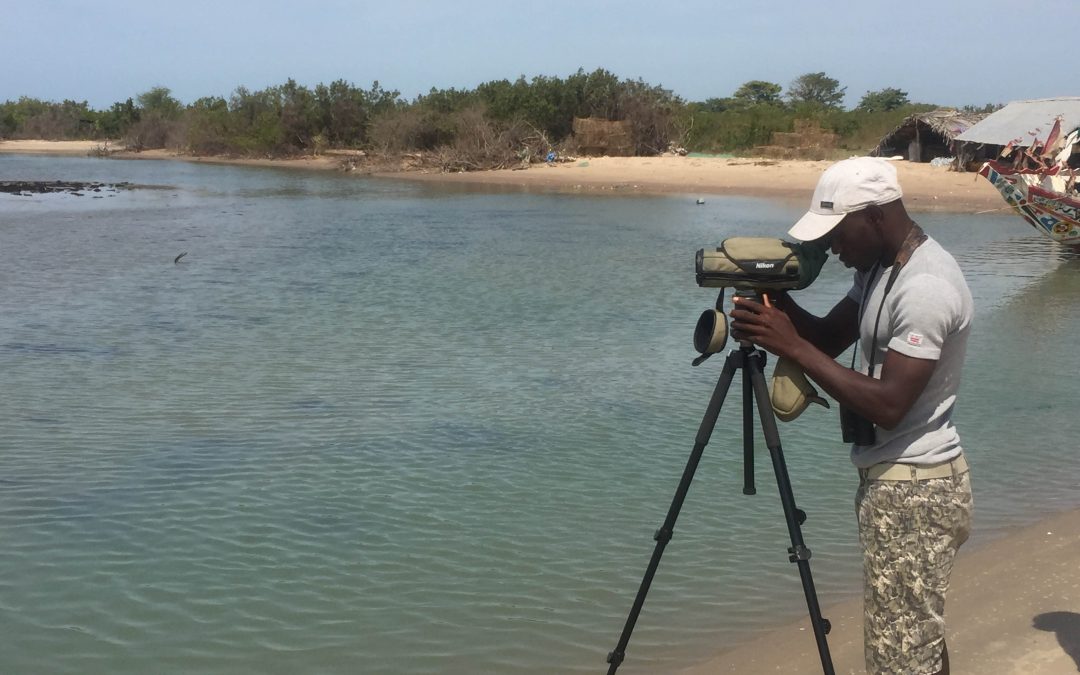 Kartong Bird Observatory (KBO) is a non-profit research establishment located on the coast in the south of The Gambia near the village of Kartong and the Senegalese border. The proximity of Kartong to the Atlantic Ocean and the varied habitat types facilitate the study of migration and wintering ecology of a broad range of Palearctic bird species including many passerine and wading birds.

The Gambian coastal area is rich in fish stocks and the coastline attracts a huge number of birds that feed on these fish. I am part of a small team at KBO who have been conducting regular surveys to assess the change in numbers, distributions and timing of migration for different species of birds either wintering or passing through the Kartong area.

The main study site is about two kilometers long from Berracunto to the Fishing Village and it covers an Important Bird and Biodiversity Area (IBA). The Fishing Village section of the study site includes a roosting area for seabirds (terns and gulls) while the Berracunto beach area is mainly a foraging site for wading birds. The surrounding landscape at Berracunto provides a suitable habitat for hunting Yellow-billed Kites (Milvus migrans parasitus), scavenging Hooded Vultures (Necrosytes monachus) and fishing Ospreys (Pandion haliaetus).

For the last six years, some of my research work has involved reading colour rings on marked birds using a telescope without needing to recapture them. The information collected from these surveys is reported back to the research projects in places where the birds are originally ringed. 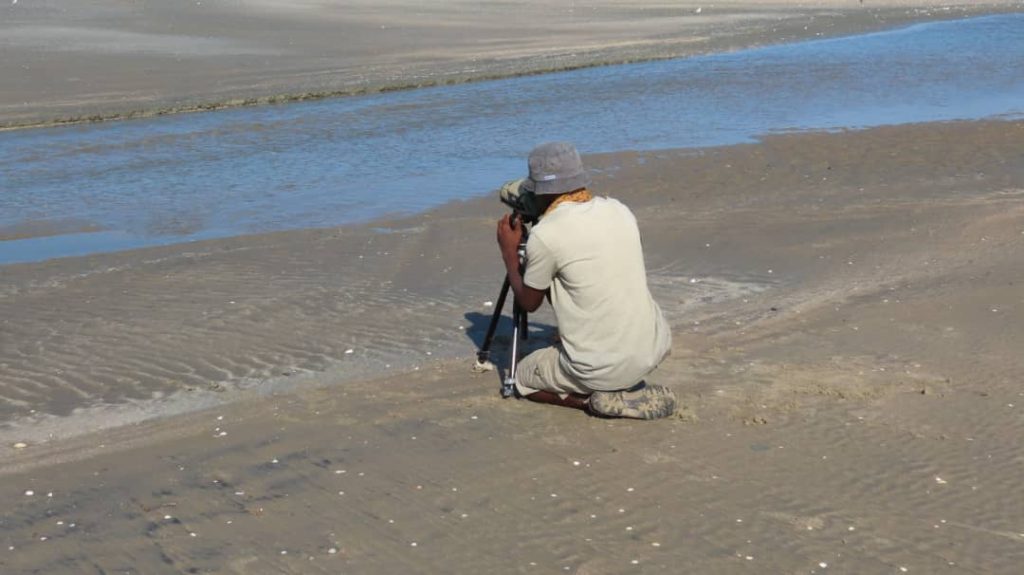 There are many different reasons why birds migrate and it is evident that all birds endure some risk as they move between their breeding and non-breeding ranges. It is important to understand when, where and how birds migrate because this is crucial for their protection and conservation. That is why finding answers to these questions have become a lifetime passion for many researchers and ornithologists.

Our ongoing colour-ring reading surveys and the regular counts of seabirds and shorebirds have shown the different timing of migration, site fidelity and the populations of different species of birds around the Kartong Bird Observatory recording area. An example of following the migration using colour ring observations is a well­-studied Kentish Plover (Charadrius alexandrinus) that was marked in France in June 2016 and seen for the first time at the Berracunto recording area in October 2016. This bird was seen in the subsequent seasons at the following sites:
Wintering site at Kartong: November 2017, 2018, 2019 and March 2020.
Breeding site in France:  June 2017, April 2018, and August 2019. 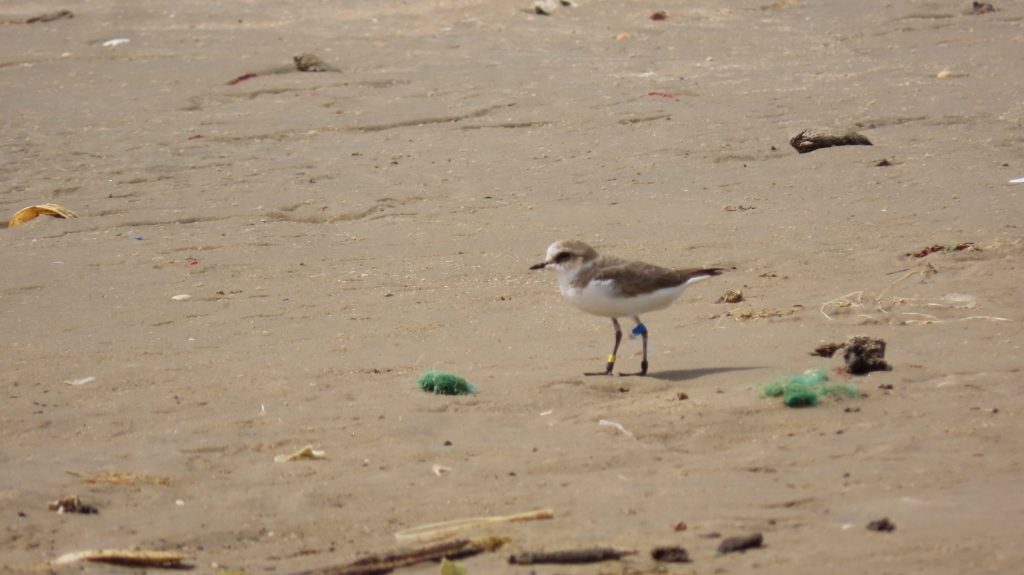 These repeat observations show that some migratory birds remember the specific wintering sites they visit each year and the journey is repeated annually using the same route or on a circuit throughout their lives. The loss of any site used by the birds during their annual cycle can have a dramatic impact on their chances of survival, therefore national and international conservation efforts are required to protect habitats and IBAs especially. Our research is vital in supporting conservation measures to protect important sites both in The Gambia and along the migration route.

Seabirds are well known for their long distance migrations and the Kartong Fishing Village area emerged to be an excellent hotspot where many terns and gulls winter or stop-over. Records of numbers of different species and sightings of marked birds moving between their wintering and breeding areas shows high site fidelity. There are many well-monitored individuals that use the area as their wintering ground. One of these is a Lesser Black-backed Gull (Larus fuscus) that was ringed near the nest in Norway and first recorded wintering at the Kartong Fishing Village in January 2016. There have been observations of this bird every season since then. Analyses of these observations are ongoing and a report will be published later this year. 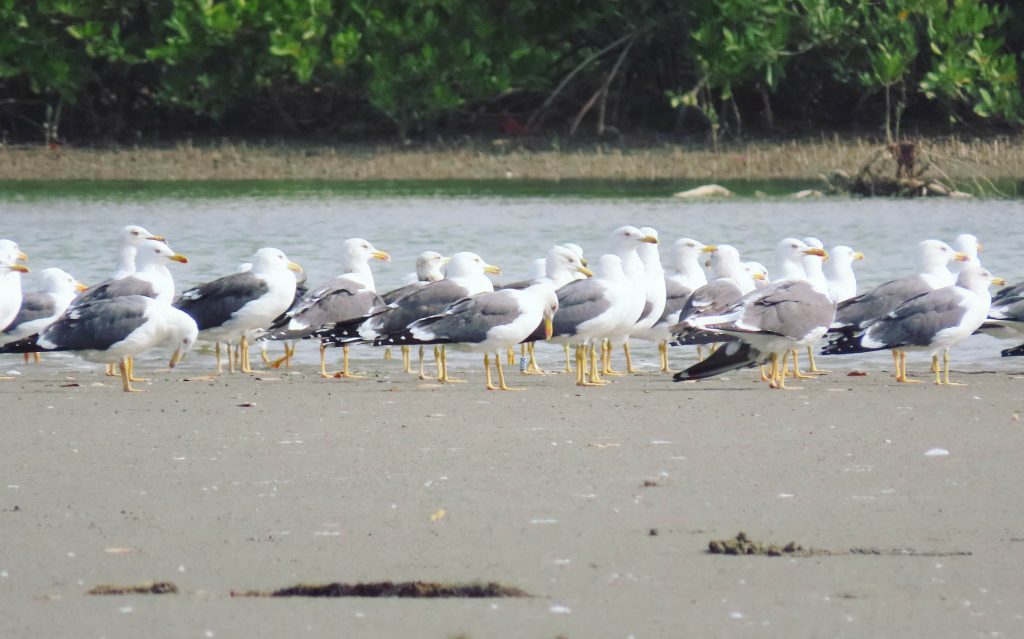 Recently, our data collected on Little Terns (Sterna albifrons) migrating past Kartong has been used by researchers from Lithuania to compare with results from birds tracked with geolocators. The data will provide substantial evidence to support the geolocator work. 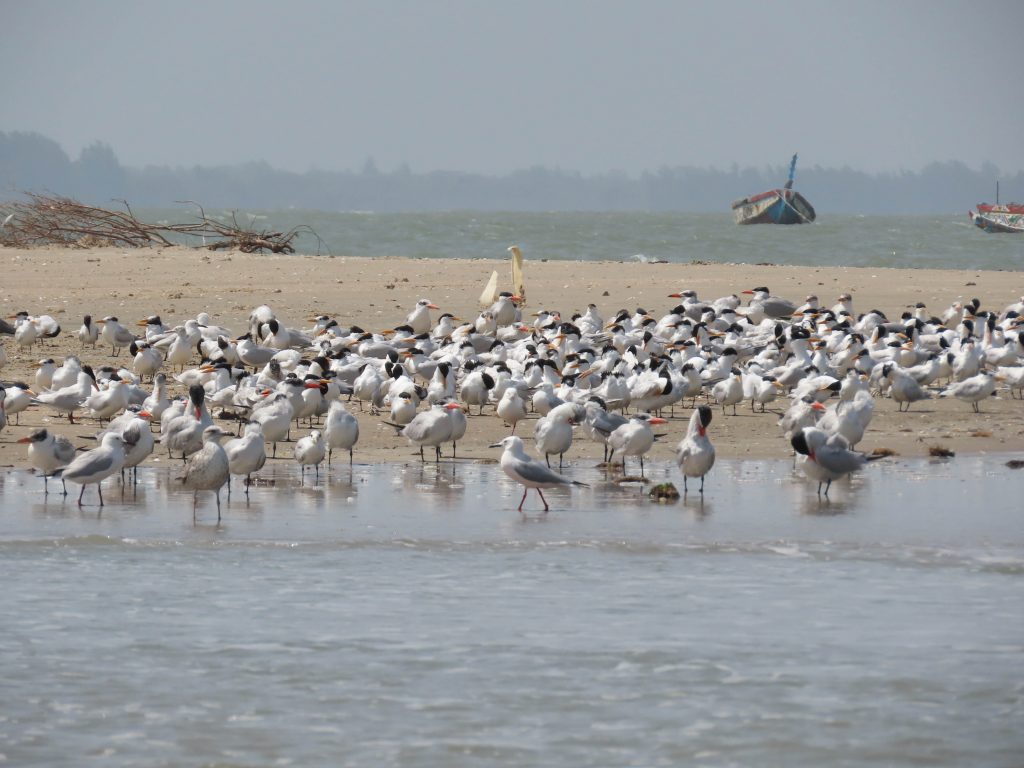 Ospreys (Pandion haliaetus) are one of the largest Palearctic migrants that visit the Gambian coastline. Although the numbers recorded in the Kartong area is fairly small, multiple observations of marked Ospreys have been made around the Berracunto beach area. Already this year we have recorded White-EY, Blue-LJ2, Blue-127 and Blue-056 all from the UK.

Blue-056 is a juvenile male Osprey ringed in 21 June 2019 at the Manton Bay nest in Rutland Water. He was first sighted in our recording area at Berracunto in January 2020 and has remained in the coastal area up until late March. It is typical for young Ospreys to stay in their wintering grounds for at least two years before they finally migrate back and start breeding and we expect Blue-056 to be no exception. My team is working closely with Osprey study groups and we are keen to follow the life of Blue-056 and other young ospreys at Kartong.